The 7 Best Speakeasies in Maine! 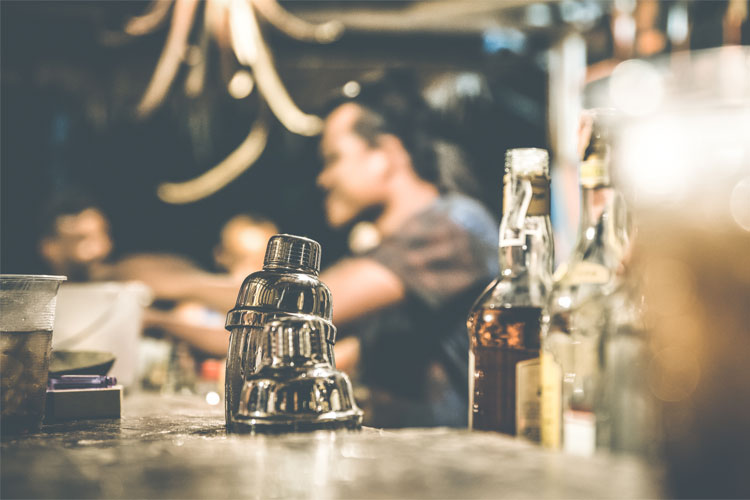 In 1846 Maine passed the first laws banning the sale of alcoholic beverages, becoming the first state to start the Prohibition. The “Father of Prohibition,” Governor John Hubbard passed an even stricter law in 1851 that prohibited both the manufacture and sale of alcoholic beverages. During this time, bootlegging became a common practice. It wasn’t until 1919 when national prohibition went into effort where speakeasies became the main way to drink. While prohibition was officially repealed in 1933, speakeasies are still popular as ever. These trendy spots are thriving in the Pine Tree State. Here are our favorites.

Home to Maine’s top bartender, Bramhall is a speakeasy hideaway in the city of Portland. Descend down the steps in the brick-lined chamber lit by dim sconces and candles and try some of the most unique and tasty cocktails in the state. The food is quite good as well.

Open daily from 5 p.m. to 1 a.m., the Bearded Lady’s Jewel Box in Portland’s Art District is one of Portland’s original speakeasies. The bartender is amazing, the cocktails strong, and the décor a step back in time. This small uncrowded speakeasy has a strong local following and after one cocktail here, you’ll be one of them too.

With excellent music and dancing, the Eclipse is an ode to the yesteryears. The service is good and the food is unmatched. With a full wine, beer, and cocktail list, you’ll easily love in love with this speakeasy in charming Rockland.

Opened in 2015, Lincolns has quickly become a local fan favorite for cheaper drinks and a good time. The speakeasy theme is done well here and for $5 you get one heck of a strong drink. Lincolns is a bit hidden in true speakeasy fashion so you’ll have to work for those $5 drinks, but it’s well worth it.

The Wallingford Dram, Kittery, ME

With a cozy and low-light environment, the Wallingford Dram is a speakeasy that you don’t want to skip. With a true speakeasy name, the cocktails are tasty and strong. The wine and beer menu is just as good with lots of great local options. You’ll absolutely love the ambience and friendly staff here.

The Armory Lounge, Portland, ME

While the Armory Lounge might not be a true speakeasy, it does give off those elegant 1920s vibes. Located in the lower lobby of the Regency Hotel & Spa, the Armory Lounge is a great place to enjoy happy hour after work or late night drinks after a show. The friendly bartenders are creative and the lounge furniture is comfy.

MAPS sort of makes you feel like you’re tucked away for a drink in your friend’s basement, but isn’t that kind of the vibe speakeasies had? MAPS always has an excellent selection of some of Portland’s best local craft beer on draft. Pair that with a gourmet grilled cheese and you are set. Just look for the sign that says “Beer in here,” and head down the stairs!