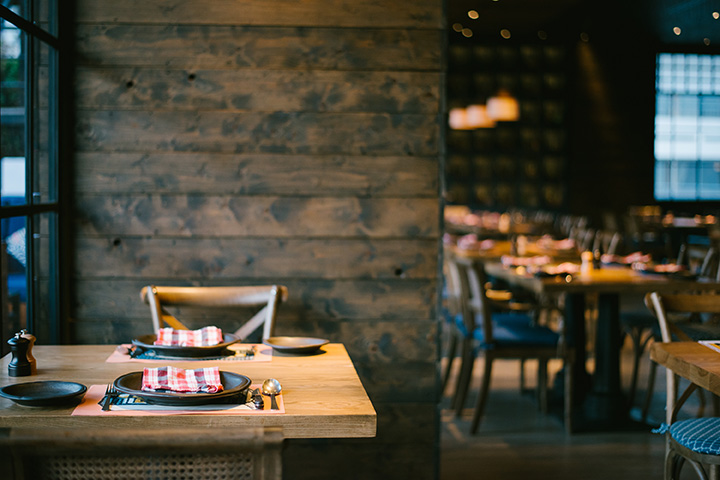 History keeps the past alive. It’s true with historic restaurants, too. Sometimes it’s the building that deserves to be kept vital. Other times it’s specific dishes or chefs that once prepared the dishes. Maine has its fair share of historic restaurants. Be sure to check one out and help keep the history alive. Here are our favorites.

The Jameson Tavern was built in 1779, and was initially a residence. Captain Samuel Jameson bought it in 1801 and turned it into a tavern. It has remained one ever since. The DAR (Daughters of the American Revolution) placed a monument in the tavern’s garden, calling it the “Birthplace of Maine.” These days the fare is excellent, with seafood specialties including crab cakes, baked haddock, New England clam chowder and more. The tavern is still the perfect spot for a cold brew and some conversation, too.

Located in Portland’s Old Port, Gritty McDuff’s is located inside 19th century brick architecture, and is graced by cobblestone streets of the same era just outside their door. The first post-Prohibition brewpub in Portland, they also serve up delicious pub fare.

Maine’s oldest restaurant, Waco Diner was constructed back in 1924 and has remained at the same location ever since. Diner fare headlines the menu, with ample fresh seafood options on there as well.

The Brunswick Diner is a converted rail car that has fed the people of Brunswick—not to mention, countless visitors—since opening as a diner in 1946. Very popular with Bowdoin College students, they love the affordable eats and the convenient location. Travelers and former residents love to return year after year to eat here.

Maria’s Ristorante has served up countless plates of pasta and hot, bubbling pizzas since 1960. That’s when they opened their doors on Cumberland Avenue in Portland. Not much to look at, but with plenty of Italian food to serve, it’s been a slice of history beloved by those in Portland and well beyond.

When Moody’s Diner opened back in 1927 and is still operated by the same family today.  Some have made it a point to travel to or through Waldoboro every time they vacation in or come home to Maine, just so they can eat at Moody’s. Almost as famous as Moody’s are their homemade whoopie pies and homemade doughnuts. These days they ship them anywhere within the Continental U.S.

The Palace Diner, Biddeford, ME

The Palace Diner is situated inside one of only two Pollard cars left in the United States. Built by the Pollard Company in 1927, it has spent its life in Biddeford as a diner. Operational off and on throughout the years, the car (and diner) reopened in 2014, with its sixth owner/operator team at the helm. The food these days is the healthiest it’s ever been, with the owners’ appreciation for the local farm to table movement.

Not far from the Canadian border, Nook & Cranny Restaurant gets its history from an old, local farm. In fact, it was originally a chicken coop. Its exact year of origin is unknown, even though locals will offer their very strong beliefs on the matter. Known for an exceptional buffet (which, unfortunately they don’t serve in the winter), they also serve up excellent burgers, fish and more.

The Main Tavern, Bangor, ME

Several restaurants have been housed where the Main Tavern is presently located. Bangor’s late Arthur Brountas opened the first when he returned home from World War II. Originally known as Peter’s Spa, and then later the Jaguar, Peter’s Candlelighter, the Tavern and now the Main Tavern, the history in this building alone is significant. Oh, if those walls could talk. They’d tell stories about countless Maine veterans since the second World War, as well as an unfathomable number of locals who graced a table or stool in the past 70 years. With tin ceilings restored to their original state and Bangor photos and memorabilia dating back to the 1920s, most are willing to overlook the lack of creativity on the menu, and opt for something from the bar instead.