The 8 Best Places for Dessert in Maine! 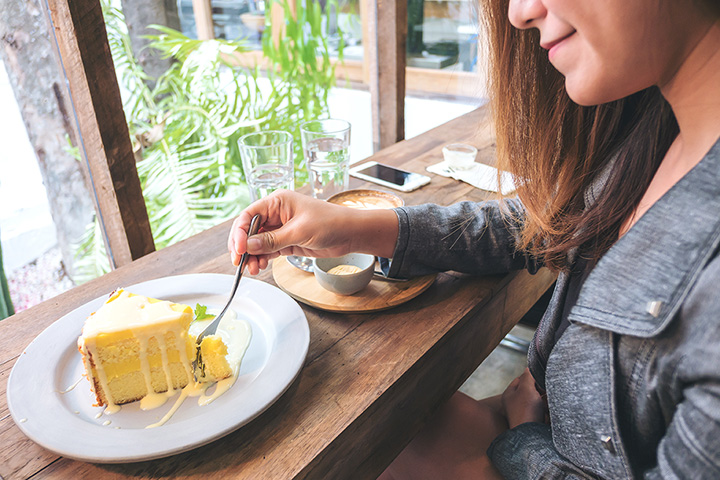 Maine might be known for its lobster and seafood, but Maine is also home to some uniquely delicious sweet treats like whoopie pies, saltwater taffy, and needhams. Throughout the state of Maine, you’ll find plenty of places to satisfy your sweet tooth from truck stops to ice cream stands to specialty dessert companies. Here are our favorites!

Wicked Whoopies, Farmingdale and Freeport, ME

Whoopie pies are a unique Maine dessert. If you don’t know what a whoopie pie is then you’re probably “from away.” A whoopie pie is a cake, usually chocolate, with cream in the middle. Started in 2003, Wicked Whoopie is Maine’s most popular whoopie pie bakery. You’ll find your classic whoopie pie along with unique flavors like Maple, Gingerbread, Red Velvet, and more.

Known for its crazy burgers that were featured on Travel Channel’s “Man v. Food,” Nosh Kitchen Bar also has some epic desserts. Their s’mores burger went viral last year in social media for good reason. Its gooey goodness is just delicious. Other favorites include the Churro Taco, Dunkaroos, and Little Bigs Donut Sundae.

Dysart’s Restaurant, Bangor and Hermon, ME

This favorite Central Maine truck stop restaurant makes some of the best pies in the state. Youâ€™ll find classics like chocolate cream pie, apple pie, and wild blueberry pie plus other yummy flavors. If you like your slice of pie so much, you can order one for deliver any place in New England.

Created by two guys out of college, Gelato Fiasco quickly became a local Southern Maine favorite. Both their flagship store in Brunswick and their Portland store have up to 40 flavors of fresh gelato daily. Taste test a few flavors before choosing your favorite in a freshly made cinnamon-sugar waffle cone.

Every summer Gifford’s Ice Cream serves over one million cones of ice cream across their five ice cream stands in the state. Gifford’s is one of Maine’s most popular ice cream companies and you’re even able to purchase some of your favorite flavors in the local grocery stores. Popular flavors include Campfire S’mores, Maine Lobster Tracks, Moose Tracks, and Sugarloaf Mint Chip.

Len Libby Chocolatier in Maine makes a whole bunch of chocolate. They even have a 1,700-pound life-sized chocolate mousse in their store! If you’re looking for a unique Maine candy then look no further than the needham. Needham’s are a Maine tradition and Len Libby makes them handmade with fresh coconut. Try their other favorites like chocolate-covered blueberries, chocolate lobsters, and more.

The Jordan Pond House is a seasonal tea house in Acadia National Park on Mount Desert Island. Home to the famous popover, you don’t want to miss these delicious sweet treats. Order just popovers with Maine strawberry jam or try them a la mode. Other tasty desserts include Maine blueberry crisp and centennial cookies & cream.

The Holy Donut, Portland, ME

Made with Maine potato, the Holy Donut is a popular donut shop. Get there early as some days they sell out fast. Not just for breakfast, these sweet donuts are great for desserts too. Look for favorites like Sea Salt, Cinnamon Sugar, and Allen’s Coffee Brandy.