The 6 Best Comedy Clubs in Maine! 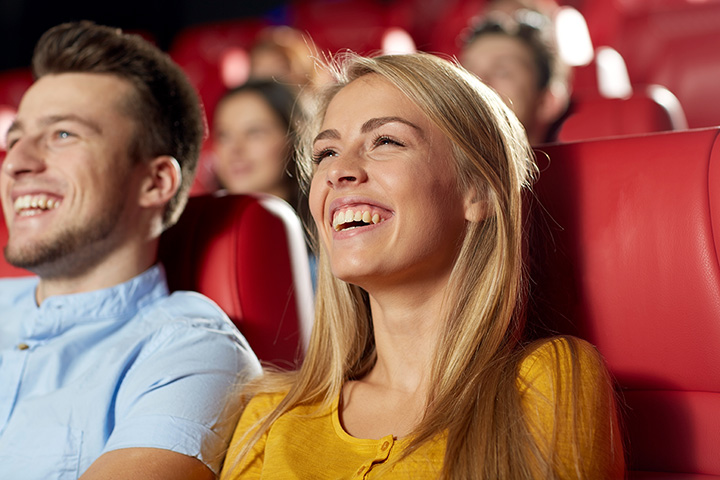 Maine has produced big-name comedians like Bob Marley (different guy!) and Tim Sample. With that comes a selection of great comedy clubs, where you can catch everything from local improv groups, to a future celebrity comic. So if you’re looking for a little laughter in your life, check out these great comedy clubs in Maine!

The Gold Room, Portland, ME

The Gold Room is home to Portland’s Headliners Comedy Club. Each week, three comedians from home and away come to tell their best jokes to make you laugh until you cry. Tickets are only $15.

One Longfellow Square, Portland, ME

One Longfellow Square is one of Portland’s most charming non-profit performing arts venues that recently opened in the city. They host regular live music, performing arts, and community events. Comedian Bob Marley often plays several shows here throughout the year.

Seasons is home to Bangor’s best night club, the DownUnder Club. The club regularly hosts some of the top names in comedy both regionally and nationally. Check out their events calendar to see who is coming next.

Opened seasonally during the summer months, ImprovAcadia provides lots of laughs for locals and tourists alike in beautiful Bar Harbor. Come experience a show from a professional improv cast. No two shows are alike!

Laugh Shack at Lincoln’s, Portland, ME

The Laugh Shack was started in a basement, but now calls Lincoln’s on Market Street home. Every Thursday night a new comedian will tell their jokes and stories to an audience big or small. Join some of Maine’s funniest people for only $5.

Maine Event Comedy is an organization that is committed to bringing the best regional acts to Maine. Throughout the year, they host comedy events across the state at different venues, like Baxter Brewing Company, Somerset Abbey, and Andy’s Old Port Pub. Each show has a lineup of at least three comedians.

View more Maine Comedy Clubs.
Select a Maine town to find
the Best Things-To-Do and Places To Go around you