The 9 Best Bars in Maine! 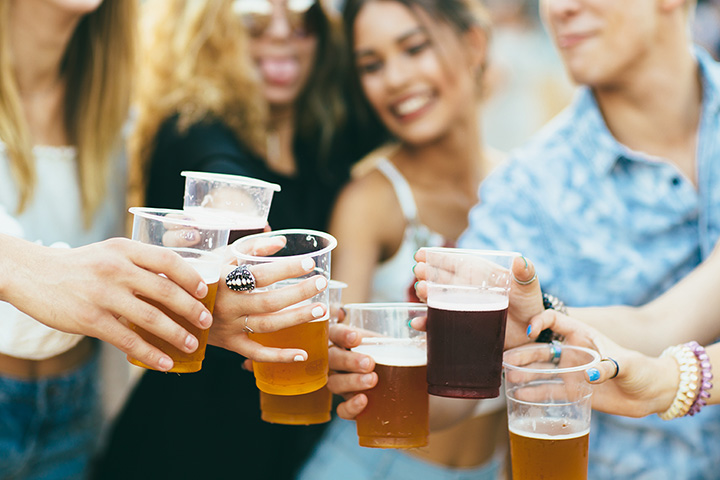 Recently, Maine has become one of the top destinations in the world to drink craft beer. D.L. Geary Brewing Company started the craft beer era in Maine in 1986 with the introduction of their pale ale. Mainers sure do love heading out to bars to sip on these top-notch craft beers, among other delicious libations. Here are the 9 best bars in the state!

Novare Res Bier Café in Portland is consistently named as one of the top bars in Maine. With over 33 taps, 400 bottles, and an extensive local and international menu of beers, wine, and spirits, Novare Res is a destination in itself. Nestled on a tiny side street in downtown Portland, enjoy a few brews at one of the large wooden tables in the indoor beer hall or on the deck in the warmer months.

The Liberal Cup, Hallowell, ME

The Liberal Cup, located in charming Hallowell, is a favorite amongst the locals. With incredible hearty food, a long drink menu, and friendly staff, you don’t want to miss The Liberal Cup. The Liberal Cup is a traditional English pub and seven-barrel brew pub specializing in session ales. You won’t go thirsty here as the pints are a generous 20-ounce serving. Cheers!

The Newcastle Publick House in coastal Newcastle is known for its delicious food and drink menu. Their food menu features organic meats and local produce. You’ll want to pair your food with one of the 26 beers on tap or a glass of vino from the extensive wine list. With two full bars, specialty drinks, and even a Mug Club, don’t forget to stop at the Newcastle Publick House on your next drive up the coast.

Located on the Marshall Wharf in Belfast, Three Tides has one of the best views in Maine. Grab a table on the deck and order a locally brewed beer from nearby Marshall Wharf Brewing Company and a plate of Pemaquid oysters. If seafood isn’t your taste, their tapas menu pairs perfectly with their beer menu.

Located on Main Street in downtown Bangor, Nocturnem Draft Haus is Bangor’s high-end beer bar. This friendly bar features 15 beers on tap and a long list of local and imported bottles from around the world. German and Belgian beer lovers will love this Central Maine bar.

From the same people who brought to you Novare Res, Liquid Riot has great drinks, good food, and a beautiful waterfront deck on Commercial Street in the heart of Portland’s Old Port. With more than 16 brews on tap and an in-house brewing and distilling operation in view, Liquid Riot is the perfect place to spend your Sunday afternoon.

The Black Birch, Kittery, ME

Known for their creative food meu, the Black Birch in Kittery has 24 beers on tap and an even longer bottle list. Housed in a former U.S. Post Office, you’ll love their list of local and import beers, flavorful wines, and affordable cocktails.

Opened last summer in tiny Caribou, Northern Maine Brewing Co. has made quite the splash in the local community. People come far and wide all over Aroostook County to visit this bar and brewery. All ingredients used in their beer is grown within one hour of the brewery. How cool is that?

Leary’s Landing in Bar Harbor has one thing, other than great beer, to claim. It’s the closest Irish pub in the United States to Ireland. With an extensive list of cold Irish ales, craft beer, whiskey, scotch, and cocktails, you’ll want to spend a lot of time here. Head to Leary’s on Thursday nights for their trivia night for a chance to earn bragging rights and a gift certificate.