The 10 Best Bakeries in Maine! 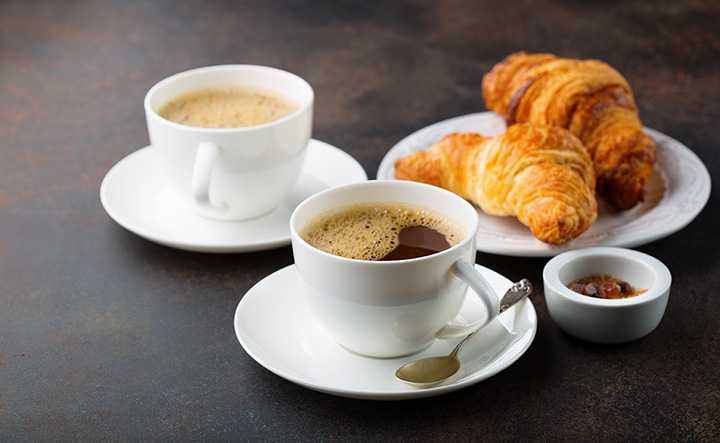 Maine is well known for its lobster, but did you know it is also home to the whoopie pie? In fact, the whoopie pie is the official state treat of Maine. In 2011, the world’s largest whoopie pie was baked in South Portland where it weighed in at 1,062 pounds. That’s a whole lot of sugar! If a 1,000 pound whoopie pie isn’t your thing, Maine has a heap of amazing bakeries where you’ll definitely find something to hit your sweet tooth.

The Baker’s Bench, Westbrook, ME

The Baker’s Bench is the perfect stop on your way head from work if you have a major sweet tooth. Known for their world-famous crème horns, this little bakery makes a slew of amazingly delicious baked goods from whoopie pies to actual pies. They are also opened for lunch with daily soup and sandwich specials.

Located a short walk from Willard Beach, this little bakery is a popular spot during the warm summer months after a relaxing morning at the beach. Every morning, the bakers arrive at 3 a.m. to make dozens of fresh bagels for the morning rush. Get there early as much of the bakery case sells out quick.

This family-owned and operated business opened its doors in 1995 and has taken Portland by storm. Their French baguettes, focaccia, and other breads are all made from 100 percent Maine grown and milled whole grains. Along with their daily assortments of bread and sweets, they create seasonal items like apple pie and gingerbread rings.

Atlantic Baking Company is a true mid-coast treasure. Known as ABC to the locals, this bakery sits prime on Maine Street making it perfect for people watching while drinking a cup of coffee. From breads to pastries, this bakery uses primarily organic ingredients.

Opened in 1945, Frank’s Bake Shop is run by the original owner’s sons who followed in their father’s footsteps. All the bakery’s items, from breads and rolls to pies, are all handmade from scratch with the highest quality ingredients available. Need a cake more a special occasion? Frank’s Bake Shop is the place to go.

This authentic Italian Bakery has been a staple of the Lewiston community for over 50 years. Known for their delicious breads and pizza, the shop was influenced heavily by the Franco-American community in its early days. It’s still the place to get traditional French Canadian meat pies. And, did we mention the cannoli?

The European Bakery & Team Room is home to some of the most delicious desserts in southern Maine. In addition to hundreds of pastries, the shop offers lunch and breakfast and wedding cakes. It’s the perfect place to pick up some desserts for your next party.

While not a traditional bakery, Frosty’s Donuts has been serving the fine people of Maine since 1965. You’ll find traditional favorites like chocolate glazed and plain to fun Maine-inspired flavors like bacon maple. They even have a “make-your-own doughnut station” where you can pick your base and your toppings. Gummy bears, anyone?

Opened on India Street in 2005, Two Fat Cats Bakery has become a popular Old Port destination for locals and tourists alike. The bakery makes a whole host of delicious treats, but their cupcakes and cakes are not to be missed.

With two locations in Saco and South Portland, this popular bakery is open for lunch, too. While there is always something yummy in the pastry display, the have a wide range of made-to-order cakes for all occasions.

When you’re tired of eating lobster and seafood, make sure you satisfy for sweet tooth at one of these incredible bakeries in Maine.

View more Maine Bakeries and Pastry Shops.
Select a Maine town to find
the Best Things-To-Do and Places To Go around you